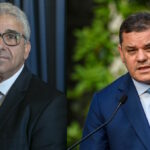 The Libyan Government led by Fathi Bashagha has issued a statement rejecting presidency of the 158th session of the Arab League Council at the ministerial level by the outgoing government of Abdul Hamid Dabaiba.

“With this action, the League violates its acclaimed role of full solidarity with the state of Libya in its crisis, and the recognition of the Libyan Government as the sole legitimate representative of the Libyan people,” said the statement of the government led by Fathi Bashagha.

“Such measures threaten the stability and unity of the country and represent a bias towards a political party that its mandate has expired and lacks legal legitimacy,” it pointed out.