The Libyan Government of National Unity (GNU) directed on Tuesday a letter to the Presidential Council proposing the appointment of the Prime Minister’s son-in-law, Sufian Salim al-Shibani, as an ambassador to the United Arab Emirates.

A list of 21 candidates to be appointed as ambassadors, according to the letter, included PM Abdul Hamid Dbeibeh’s son-in-law despite the fact that he holds Canadian citizenship, in violation of the Libyan Diplomatic Corps Law and Nationality Law. 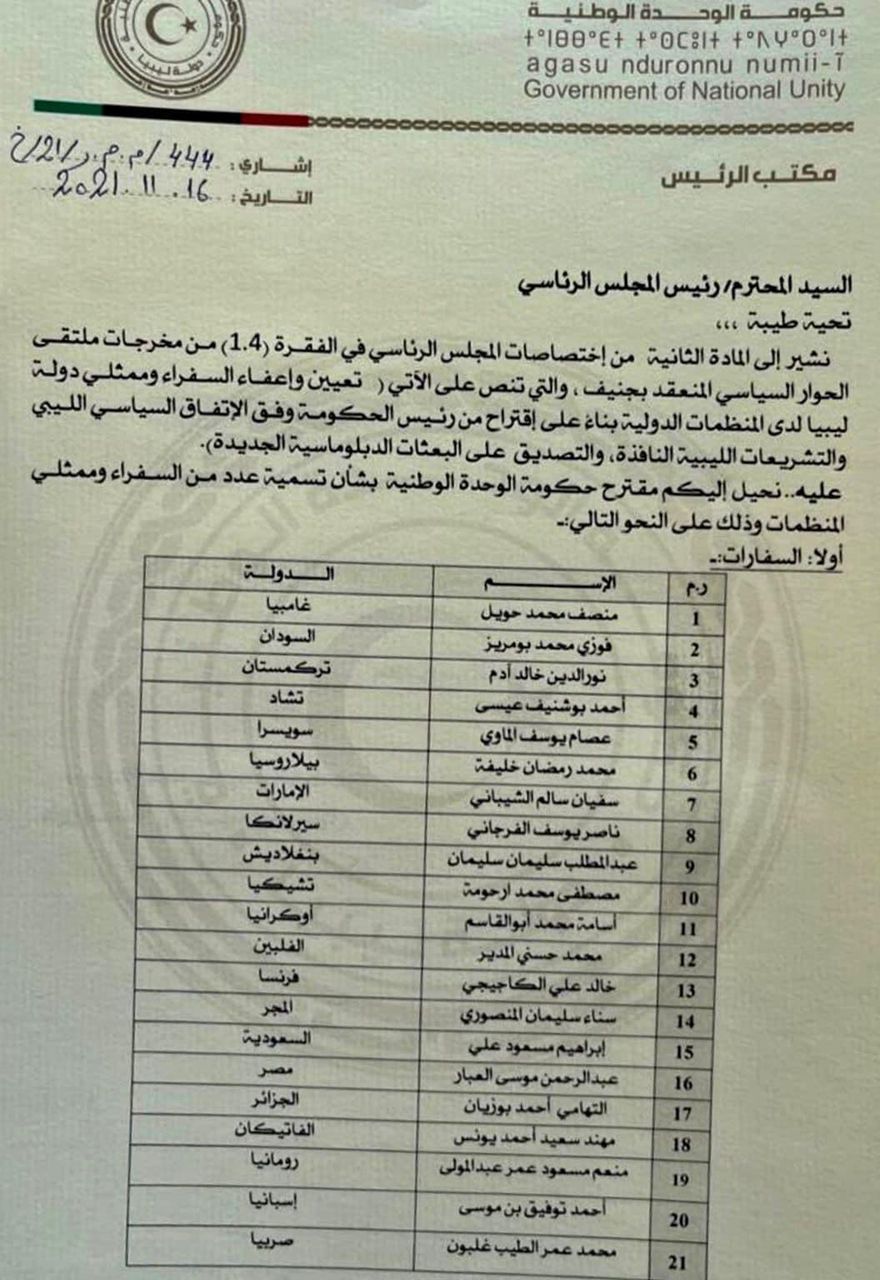 0 0
Previous : Legal experts to present judicial appeals if Dbeibeh accepted as candidate
Next : Sea-Watch rescues 107 migrants in the Mediterranean