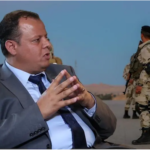 Defense and National Security Committee of the Libyan House of Representatives (HoR) has called on the Libyan National Army (LNA) to block oil exports from the ports it protects, in response to suspending the salaries of LNA employees by the Government of National Unity (GNU).

“At a time when we commend the role of LNA forces in protecting borders and eliminating terrorism, the doctrine on which they were built, and their loyalty to the homeland, and with reference to the systematic war against them,” said a statement issued by the Committee bearing the signature of its chairman, Talal Al-Mihoub.

“The war was represented in suspending salaries and supplies by the Caretaker Government and the clear marginalization of eastern and southern Libya, and based on the foregoing, we demand to stop pumping oil from the ports protected by the LNA forces until rights are gained,” the statement pointed out.

“We also call on the ministers representing Cyrenaica to side with their sons from LNA forces and their region to withdraw from this government,” it added.

0 0
Previous : France and Libya discuss cooperation in oil and gas
Next : Migrants protest outside UNHCR office in Tripoli