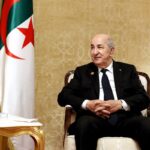 Algeria has expressed “great concern” for the resumption of armed clashes in Libya, in particular after the violence that broke out on Tuesday morning in the capital Tripoli.

In press statement on Wednesday, the spokesman for the Algerian foreign ministry urged “Libyan parties to show restraint, avoid escalation and work to put the supreme interest of the country above all else”.

Algeria also urged “all Libyan parties to join their efforts to create the conditions necessary for the success of the process for holding free and fair elections, as the best way to consolidate the sovereignty of the Libyan people in the choice of their representatives and the realization of its legitimate aspirations to end the crisis and lay the foundations for a democratic and modern state,” concludes the press release.