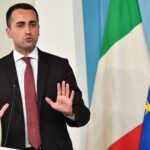 Italy’s Foreign Minister Luigi Di Maio has warned against “spoilers” who attempt to obstruct the Libyan presidential and parliamentary elections on December 24.

“There are spoilers who are trying to blow up the elections,” Di Maio told Italian media on Sunday. “But if the [Libyan] people want it then we have to give it to them”.

The Italian top diplomat also said that his country no longer considers sending troops to Libya.

“Now we want to bring out troops like the Turkish ones, the Russian Wagner and the foreign mercenaries who are in the field,” he said. “Today in Libya, we no longer need soldiers but elections for December 24”.