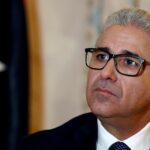 Fathi Bashagha, a former interior minister and a presidential candidate, has accused the Government of National Unity of obstructing the general elections, which were originally set to take place last month before it got postponed indefinitely.

Speaking during a social event with tribal elders, Bashagha stated that there is a “consensus” between Libyans of various political allegiances to replace the interim government with a new one to prepare for the elections.