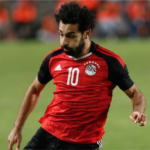 Egyptian Football star, Mohamed Salah, will play against Libya in Africa qualifiers for 2022 FIFA World Cup, after COVID-19 quarantine restrictions were removed by the British government.

British government announced that it had made changes on rules of international travel, including the removal of 8 countries from its red list for COVID-19, including Egypt, which means that the star, Mohamed Salah, will be allowed to play for its national team.

The British decision gives a strong boost to the Egyptian national football team, in its journey in the continental qualifiers for the 2022 FIFA World Cup.

This decision would allow the two Egyptian stars, Mohamed Salah, Liverpool player, and Mohamed Elneny, Arsenal player, to participate in the Egyptian national team matches that will take place in the Egyptian capital, Cairo.

Salah, the Liverpool striker, missed the first match against Angola earlier this month in Cairo, in which the Pharaohs struggled to win with a single goal, due to COVID-19 quarantine restrictions imposed by Britain on arrivals from the countries of the red zone, including Egypt.

Salah joined the ranks of the Pharaohs in Libreville for the strong confrontation against Gabon in the second round, which ended in a 1-1 draw.

The Egyptian team is scheduled to play at home against Libya in early October, and the fourth round match will be in Libya a few days later.

Egypt occupies second place in Group F with 4 points, behind Libya, which has 6 points. Gabonese team occupies third place with one point, while Angola is bottom without a score.