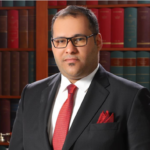 Libyan journalist Mahmud Elforjani considered the statement of the UN Support Mission in Libya (UNSMIL) regarding the no-confidence motion passed by the House of Representatives (HoR) against the Government of National Unity (GNU) confirms that HoR is the only source of legislation and the enactment of laws, not the High Council of State (HCS).

“Everyone paid attention to what the UN mission said about Dbeibeh, GNU Prime Minister, due to the acceleration of events, but did not pay attention to the last part of the Mission’s statement demanding the speedy issuance of the election law by the parliament (HoR), no later than next week,” Elforjani said on his official Facebook account.

“This is an implicit recognition from the Mission that only the Parliament has the authority to issue legislation and laws, not HCS,” he added.

It is noteworthy that UNSMIL expressed on Tuesday its concern over the no-confidence motion passed by HoR against GNU.

UNSMIL urged “the HoR to complete the work on the parliamentary elections law the latest in the course of the next week.”