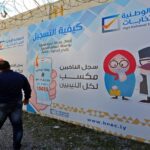 More than 455 thousand new people have registered on Friday to vote in the upcoming general elections on December 24, announced the High National Election Commission (HNEC) on Saturday.

This brings the total of registered voters to nearly 2.7 million, since the HNEC opened registration in July 4.

Originally set out for July 31, the HNEC has extended voter registration deadline to August 17.