The House of Representatives’ National Security and Defense Committee has called on the International community to impose sanctions against those whom the committee deems as “obstructionists” of the upcoming general elections on December 24.

In a statement released on Monday, the committee accused Khaled Al-Meshri, chairman of the High Council of State, and Ali Al-Salabi, a leading figure of the Libyan Muslim Brotherhood, of attempting to prevent the elections by opposing presidential election law, which the House lately issued. 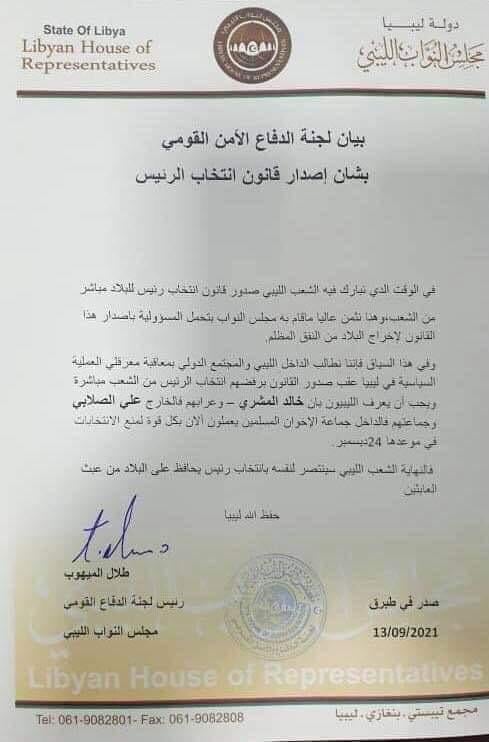 0 0
Previous : EU is discussing “more balanced” approach to migration in Libya
Next : Haftar, Saleh in Cairo for meeting with Sisi