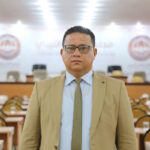 The Libyan House of Representatives discussed in its session Monday the conditions of the victims of the fuel truck explosion in Bint Bayh in the South, and the measures taken by the executive state institutions in this regard.

The session kicked off earlier today in the city of Tobruk, headed by the First Deputy Speaker of Parliament, Fawzi Al-Nuwairi, according to HoR official Spokesman, Abdulla Bleihiq.