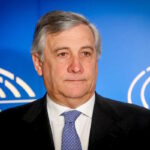 Tijani added – according to the Italian AKI news agency – that he had discussed with the Foreign Minister of the Government of National Unity, Najla al-Mangoush, to strengthen the agreement regarding the file of migration.

“We have to work with Libya on the migrants,” the Italian minister said.

He pointed out that Italy had always been ready to receive migrants, but it must guarantee the security of its borders, which are also the southern borders of the European Union.