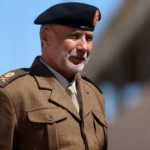 The Former Chief of the Tripoli-based Intelligence Service, Major General Osama al-Juwaili, confirmed that preventing the government appointed by the Parliament from entering Tripoli and taking over its duties “undermines the principle of peaceful transfer of power.”

Al-Juwaili said, in a press statement: “We may resort to the use of force if it is used by other parties.”

He stressed the need to enable the mandated government to resume its work, stressing that he does not defend people but rather the principle of peaceful transfer of power.

Al-Juwaili pointed out that there are armed groups trying to prevent the Fathi Bashagha government from resuming its work from the capital, Tripoli.

Al-Juwaili had met with the leaders of armed formations affiliated with the outgoing Prime Minister, Abdul Hamid Dbeibeh.

Al-Juwaili asked to leave Dbeibeh peacefully, to spare Tripoli the war and losses due to the end of his mandate in accordance with the law and the Geneva Agreement, sources said.

The sources pointed out that most of the armed forces were not firmly supporting Dbeibeh, explaining that Al-Juwaili requested another meeting with other armed forces from Tripoli and Misrata to come up with a unanimous agreement against the government of Abdul Hamid Dbeibeh.