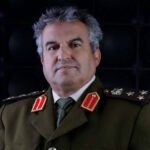 “Ankara’s failure to respond to the mercenaries expulsion from Libya will cause it international embarrassment,” al-Mahjoub told Sky News Arabia.

“The Muslim Brotherhood and some countries benefiting from the status quo do not want mercenaries to leave, because these groups will be a burden on those countries if they return to them, especially Turkey, which used them as a playing card between Russia and USA,” the LNA official explained.

He pointed out that there is a response from some countries to withdraw mercenaries from Libya, provided that there is a consensual solution with them and a solution to their problems, stressing the role of the Libyan national will in removing these foreign fighters.