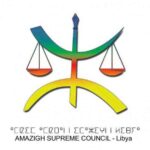 Head of the Libyan Amazigh Supreme Council, al-Hadi Barqiq, announced the start of forming a constitutional body for the fourth administrative region through direct election, after the political parties failed to find a consensual constitutional basis.

In a statement published by the Council, Barqiq congratulated the Libyan nation on the 71st anniversary of Libya’s independence. “This anniversary was made by the ancestors to push for the stability of the country,” the statement said.

The Council Head said: “This occasion, which was linked a year ago from now, to a long-awaited event for which the Libyans sacrificed, and who was demolished by political parties whose personal interests prevailed over the interest of the homeland.”

Barqiq demanded the necessity of ending the political bodies that lack legitimacy and setting a clear road map in which all the sons of the Libyan nation would participate.

He announced their support for the efforts of the UN envoy to push for a comprehensive dialogue for all the Libyan people.

0 0
Previous : HCS Head: We have come along way with Parliament over constitutional rule preparation
Next : Libya, France discuss vocational rehabilitation