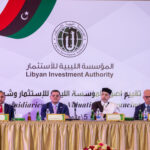 LONDON – The Libyan Investment Authority, the country’s sovereign wealth fund, is making a renewed attempt to secure some easing of the UN-imposed sanctions on its assets, in order to launch domestic investments, Forbes reports.

The sovereign fund is reportedly planning to prepare a request for some sanctions to be eased, which will be sent through the Libyan government to the UN Security Council.