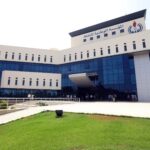 The National Oil Corporation (NOC) has transferred eight billion dollars in two installments to the bank account of the Ministry of Finance of the Government of National Unity (GNU) at the Central Bank of Libya (CBL), according to a brief statement by government’s Hokoometna Facebook page on Thursday.

The move came one day after the GNU had launched a plan to develop the oil and gas sector, in a celebratory event  in Tripoli in the presence of Prime Minister Abdul Hamid Dbeibah.

Meanwhile, the Minister of State for Cabinet Affairs, Adel Juma, announced the adoption of emergency financial arrangements for the NOC in 2022 worth 37.640.145 dinars.

The announced plan aims to increase oil production to over 1.4 million barrels per day by the end of 2022, according to Juma, who said the money is going to be covered from the oil revenues that are expected to be collected during the 2022 fiscal year.