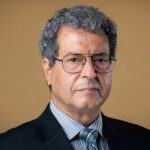 Libyan Oil Minister Mohamed Aoun said on Saturday that the decision to assign Mustafa Sanalla as board chairman of the National Oil Corporation (NOC) in 2014 is “legally invalid” because it was not authorized by the ministerial council at that time.

Speaking during an interview with a local TV channel, Aoun said he “objects” to that decision and that “it must be legally corrected”.

“We spoke with the Council of Ministers about this matter, because the Corporation is the technical arm of the [Oil] Ministry,” he said.

0 0
Previous : LNA committee reviews capacity of forces in Ghat
Next : 2831 people test positive for Coronavirus, 35 others dead in Libya