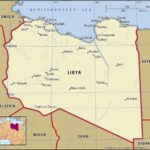 The Co-chairs of the Political Working Group of the International Follow-up Committee on Libya (Algeria, Germany, League of Arab States and United Nations) held a virtual meeting Tuesday, in which they took stock of the unfolding developments in Libya and discussed how best to support the political process and keep it on track.

The Co-chairs emphasized the importance of maintaining calm and stability on the ground and the imperative to rebuild consensus among Libya’s political actors, according to the UN Support Mission in Libya (UNSMIL).

They expressed their full support to the efforts of the Special Adviser of the Secretary-General of the United Nations on Libya, Stephanie Williams, to resolve the current stalemate through dialogue and her initiative to convene a meeting of the joint committee of the House of Representatives and the High Council of State to agree on a constitutional and legal framework for the elections.

The Co-chairs of the Political Working Group reiterated that free, fair, inclusive and credible elections are the only solution to the recurring political crises in Libya, UNSMIL said on its official website.

They also emphasized the importance of sustained progress on the economic and security tracks of the intra-Libyan dialogue.