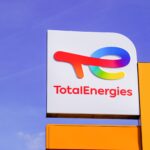 TotalEnergies has completed the joint acquisition with ConocoPhillips of the 8.16% interest held by Hess in the Waha concessions, in Libya. As a result of this transaction, TotalEnergies’ interest in these concessions is increased from 16.33% to 20.41%.

This was announced last Tuesday by the French company, which stated that acquisition reflects its “commitment to support Libya’s National Oil Corporation (NOC) in its efforts to restore and increase the country’s oil production, together with reducing gas flaring to increase supply to power plants for additional electricity supply.”

“TotalEnergies and the NOC are also studying the development of dedicated solar projects to supply electricity to Waha production sites,” the company said.

It also announced it has finalized with General Electricity Company of Libya (GECOL) the location and commercial terms to launch a 500 MWp solar plant project South of Misrata “in order to increase the country’s renewable electricity supply”.

“With nearly 70 years of presence in the country, TotalEnergies is firmly committed to working alongside Libya’s National Oil Corporation to develop the Waha fields, provide its expertise in reducing gas flaring and support the country in its energy transition with the development of solar energy projects,” said Patrick Pouyanné, Chairman and Chief Executive Officer of TotalEnergies.

0 0
Previous : A formula must be found that allows the Libyans to reconcile, Faki says
Next : Libyan parliament: Aiding the reopening of Lockerbie case is “treason”