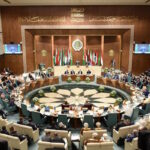 Turkey has announced its total rejection of the decisions and statements issued against it during the Arab League ministerial meeting held in Cairo, under the chairmanship of the Foreign Minister of the Libyan outgoing government, Najla Mangoush.

The Ministry considered that these decisions were “taken under the influence of some narrow-minded and short-term individual interests.” And it “deprives the League of Arab States of the opportunity to make a tangible, constructive and sustainable contribution to solving regional problems.”

The Ministry said that Turkey will continue to combat terrorist threats against its national security and interests within the framework of the principles and rules of international law, despite the prejudiced approach. It pointed out that Turkey’s fight against separatist terrorism also bears great importance in terms of preserving the sovereignty, territorial integrity and political unity of the countries of the region.

“On this occasion, Turkey renews its willingness to work with all member states of the Arab League, which attach importance to establishing stability and prosperity in the region as a common goal,” it said.