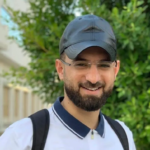 Member of the Libyan Political Dialogue Forum (LPDF), Ahmed al-Sharkasi, said on Wednesday there were allies of the Government of National Unity (GNU) within LPDF who are trying to pass a proposal to postpone the December 24 elections.

The proposal was thwarted domestically, and the UN Support Mission in Libya (UNSMIL) declared clearly that any proposals that do not include how to conduct the December 24 elections will not be discussed and voted on, LPDF member explained in a televised interview.

Consequently, LPDF Proposals Bridging Committee held a session, and it is currently moving towards making a proposal, the features of which have begun to become clear, to vote on in a future session to be determined by UNSMIL, Al-Sharkasi pointed out.