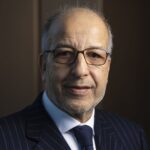 Output needs to be at least 1.4 million barrels per day “if we want to make a shift in Libya’s economy,” Elkaber told Bloomberg from the capital, Tripoli. The country is currently pumping about 1.2 million, which he described as not enough to cover hikes in government spending should crude prices fall below $70 a barrel.

One of the challenges facing the Libyan economy is also exchange rate of Libyan Dinar against the U.S. Dollar, which Elkaber says is difficult to adjust at the movement due to “the political and economic conditions in Libya, especially in light of the constant threats, the closure of oil ports and withholding of its revenues, and parallel spending.”

“This was confirmed by the International Monetary Fund,” he added.

0 0
Previous : Ismail: It is possible to form a new dialogue forum
Next : Over 100 migrants arrive in Italy from Libya