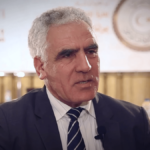 Changing the Libyan government would either cause institutional division or a new war, warned Muhammad Al-Raid, a member of parliament.

On the other hand, Al-Raid also told reporters that he has no objections to a cabinet reshuffle.

“There is a consensus among a number of MPs regarding the continuation of the current government,” he said.

“The objection to changing the government aims to preserve the stability that has been achieved, and not for a personal goal,” he added.