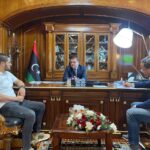 Dbeibeh suspends GECOL board over blackouts

The GECOL board, led by Wiam Al-Abdali, will be subjected to an investigation over failure to address the crisis, which led to long hours of blackouts across Libya.

The investigation committee, which includes two ministers of Dbeibeh’s government, will look into GECOL’s use of funds allocated to address the electricity crisis since 2021 in light of failure to achieve corresponding results. The committee will also investigate GECOL’s failure to complete contractual procedures for periodic maintenance projects. 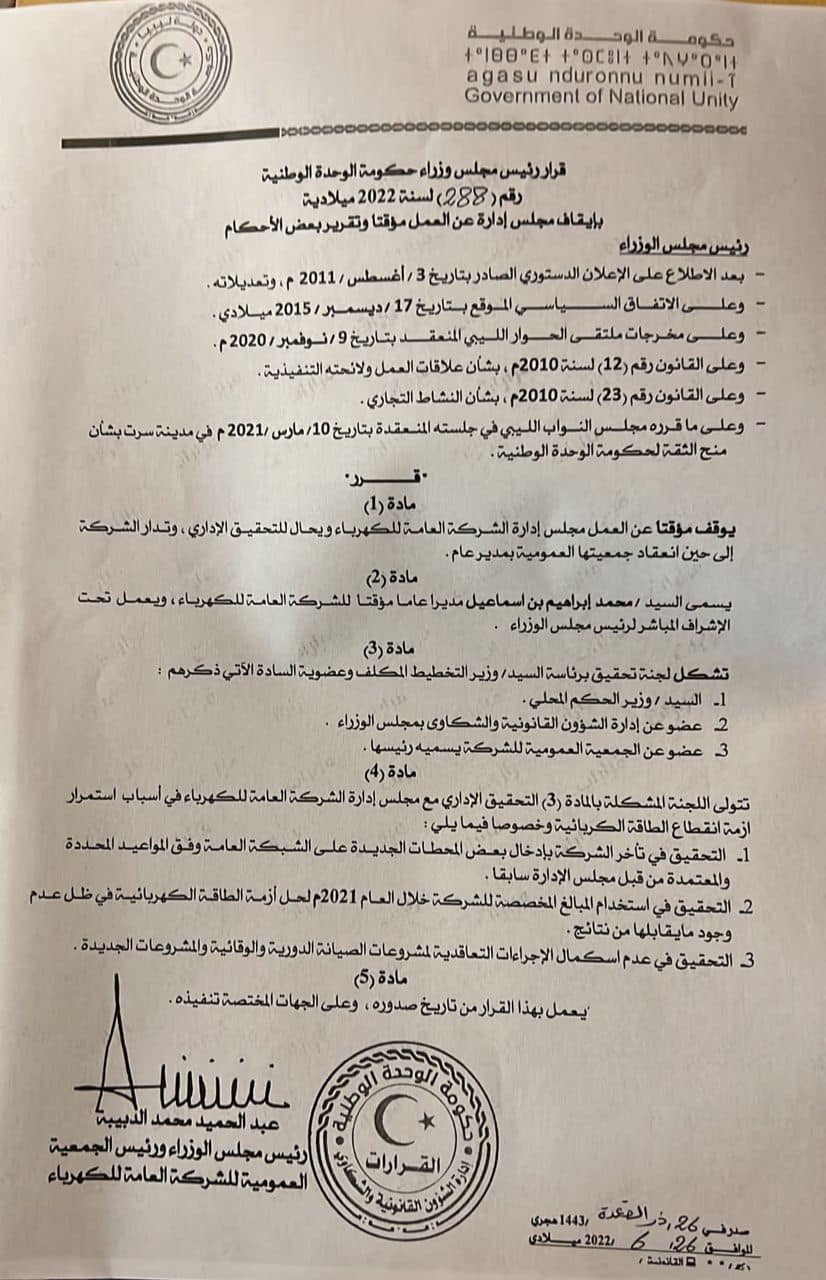