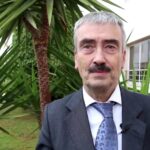 Peter Millett, the former British ambassador to Libya, is alleged to be working as an advisor for Saddek el-Kaber, the governor of the Central Bank of Libya (CBL), with a monthly fee of £16,500 ($22,939), a document shows.

The document, which Libya Update is yet to verify its authenticity, has been circulating around social media and became the subject of discussion by many Libyan affairs analysts.

The document appears to be a letter from the bank addressing a man named Patrick Forbes, and describes the terms under which he and Millett would provide “communication support services” as independent consultants. The letter allegdly serves as an extension of a previously signed agreement on August 10th 2020.

Under the agreement, Forbes, with the support of Millett, would allegedly provide “strategic advice to el-Kaber, review CBL’s communication structure and submit monthly report on CBL’s international image among other areas of work.”

The agreement also obligates CBL to cover the costs of any required travel by the two, according to the alleged document.

Millett has served in a number of positions in the British Diplomatic Service for more than 40 years, before he retired in 2018 to run his own consultancy firm Peter Millett Consultancy Ltd.

Through his firm, Millett was reported to have picked up influential Libyan clients including the Libyan Investment Authority (LIA), the country’s sovereignty fund, and Mustafa Sanalla, the chairman of the National Oil Corporation (NOC). The diplomat’s wide network with figures from within the Libyan and British governments has raised questions by Libyan experts and reporters over whether the UK’s foreign policy in Libya is misguided by potential conflict of interests.