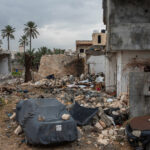 Human Rights Watch has welcomed the report of the independent fact-finding mission on Libya, which was released three days ago, but called on the United Nations to renew the mission’s mandate in order to further investigate war crime in the country.

However, the non-governmental organization said in a statement on Thursday that the human rights situation in Libya is still “precarious” and “impunity prevails for past and ongoing violations and abuses under international.”

“We urge the Council to demonstrate its commitment to accountability for past and on-going violations in Libya by renewing the FFM’s mandate in full and providing the support it needs to effectively continue its work,” Human Rights Watch said.

The fact-finding mission was established by the Human Rights Council in June 2020. According to its latest report, the mission found that violations were committed by all parties to the Libyan conflict since the beginning of 2016.