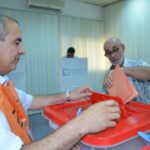 Military prosecutor in Tripoli directed a letter on Thursday to the High National Elections Commission (HNEC) requesting the suspension of presidential elections nomination procedures for the Commander of the Libyan National Army (LNA), Khalifa Haftar, and Saif al-Islam Gaddafi, the Son of the Late leader Muammar Gaddafi.

“We hold you legally responsible if you violate this,” the letter text said.

The letter showed that the military prosecutor is affiliated with the Defense Ministry of the Government of National Unity (GNU), led by Abdul Hamid Dbeibeh, who also holds the position of Defence Minister. 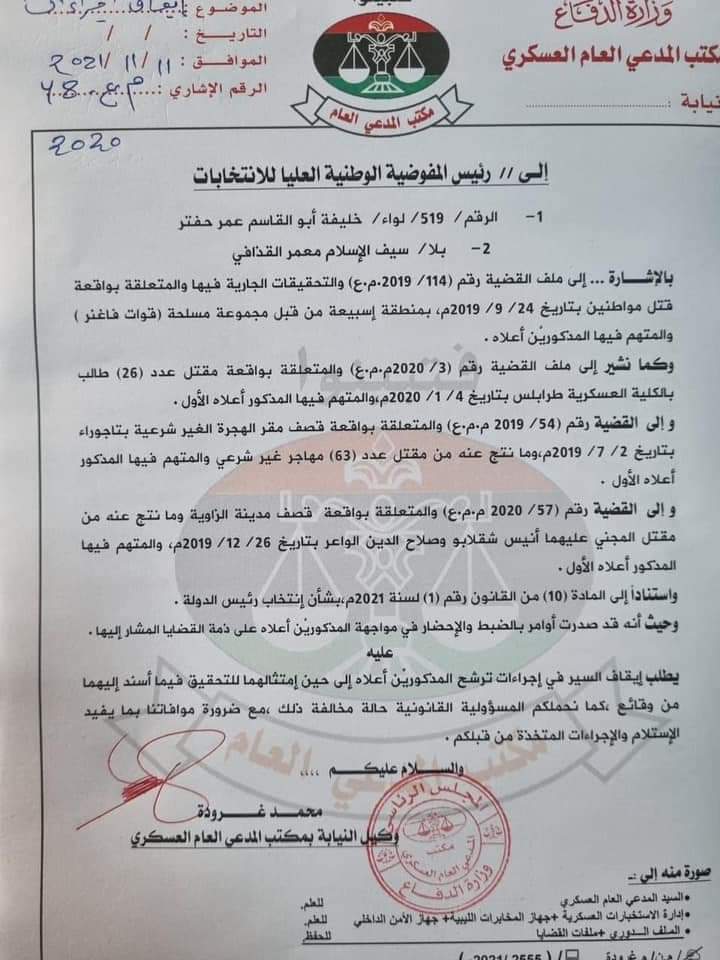