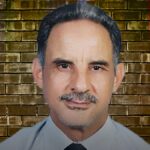 Libyan elections in December 24 could be rigged in favor of “some carefully chosen people” who pose an “existential threat” against the Libyan people, warned one of the country’s political activists.

Jamal Al-Hajji expressed fears that a potential rigged elections in Libya could bring a “criminal” into power akin to the situation in Syria.

“The war criminal Bashar al-Assad, who displaced and killed more than 70% of the Syrian people, was allowed to win fraudulent elections,” he said.

Al-Hajji claimed that Field Marshal Khalifa Haftar, whom he accused of war crimes, could win the Libyan elections using “the same model and with the same situation”.