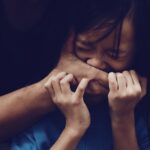 TRIPOLI – “Save Samia,” an initiative launched by the “Libyan Crimes Watch” organization, in cooperation with 42 Libyan organizations, in a joint statement calling on authorities to work for the freedom of the minor Yemeni girl “Samia” after she was kidnapped in Tripoli.

The joint statement stated that Samia, who has been living in Libya since the beginning of 2017, with her mother was kidnapped while she was with her mother on the morning of June 11, in a market where she was selling some products in the Karimiya area, south of Tripoli.

Eyewitnesses confirmed to Samia’s mother that gunmen in military uniforms took her in a car to an unknown location.

The UN Refugee agency (UNHCR) confirmed in a statement on Sunday that both the child and her mother are registered as refugees with the agency.