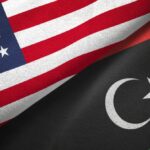 WASHINGTON – Libya’s internal political and civil conflict has prevented the Libyan government from fully implementing its budget processes, which has adversely affected fiscal transparency and the country’s operations, says a U.S. government report.

The ‘‘2021 Fiscal Transparency Report’’, which was conducted by the U.S. State Department found that Libya’s fiscal transparency doesn’t meet international standards due to data censorship.

“Publicly available budget documents were not substantially complete and lacked sufficient detail.  Audit reports for large state-owned enterprises, such as the [National Oil Corporation] NOC, were not publicly available, although the NOC is independently engaged in efforts to boost its transparency by digitizing its operations and improving its corporate governance structure.  Information regarding expenditures to support executive offices was not public.  Military and intelligence budgets were subject to limited civilian oversight.”

“Libya does not yet fully use internationally accepted accounting principles.  The supreme audit institution is not independent according to international standards.  It may have audited some of the government’s accounts but did not make a public report available within a reasonable period of time.”

“The sovereign wealth fund, the Libyan Investment Authority (LIA), does not disclose its source of funding or general approach to withdrawals.  However, during the review period, the UN-facilitated audit of the two branches of the Central Bank of Libya began, as did planning for an external audit of the LIA’’.

0 0
Previous : Top US and Italy diplomats discuss Libya
Next : Libya PM to visit Cairo this week