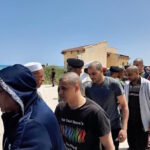 Seventeen prisoners were released Saturday morning by the Libyan National Army (LNA) forces in Sirte, where they were received by Misurata Dignitaries Council.

Prisoners release came as part of the Libyan 5+5 Joint Military Committee (JMC) efforts in prisoner exchange between LNA and armed groups in the Western region.

Prisoners released were from Misurata, Khums, Qarbouli and Bani Walid, according to Muhammad Rajobi, Head of Misurata Dignitaries Council.

Prisoner exchange will continue until all the prisoners from both sides return to their cities, Rajobi confirmed.