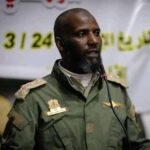 LNA soldiers to be payed after three-month salary suspension by government, says Spox

Spokesman of the Special Forces of the Libyan National Army (LNA), Brigadier Milad Al-Zuwai, announced the start of paying LNA soldiers’ salaries for the months of October, November and December.

LNA announced in early January that the Government of National Unity (GNU), headed by Abdel Hamid Dbeibeh, had suspended the payment of LNA salaries for the fourth month in a row, under the pretext of a lack of funds.

LNA Director of Moral Guidance Department, Major General Khaled al-Mahjoub, stressed that cutting salaries for LNA means cutting off the lives of half a million people who are the families of the soldiers.

Al-Mahjoub said that the government, which spent in months more than 90 billion dinars, including 20 billion on developing corruption instead of developing the country, suspended salaries that nearly half a million Libyan citizens were waiting for, whose parents or children joined LNA to protect their homeland, secure the livelihood of Libyans, and struggle for achieve sovereignty for Libya.

0 0
Previous : Commenting on its bankruptcy, political analyst says Wings Airlines established with money of Libyans
Next : Erdogan: Libya-Turkey deal settled matter in Med, We will have strongest maritime infrastructure