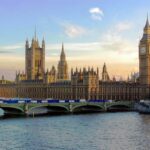 Representatives of western powers as well as Egypt and Turkey will convene a “technical” meeting to discuss the Libyan crisis from October 26th until 28th, Italian news agency Nova reports.

Citing unnamed Libyan sources, Nova stated that the meeting will be attended by the special envoys of three Western members of the U.N. Security Council with the right of veto, namely France, the United Kingdom and the United States. Another two European nations most involved in the Libyan dossier, Italy and Germany, will be present in the meeting alongside Turkey and Egypt.

The only name Nova confirmed to be in the attendance is Italy’s Special Envoy to Libya Nicola Orlando.