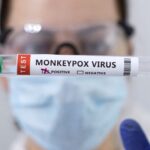 The Director of the National Center for Disease Control (NCDC), Haider Al-Sayeh, confirmed that the World Health Organization ranked Libya in the first place in the possibility of the spread of monkeypox and that infected cases may appear at any moment.

Al-Sayeh stressed the readiness of all the center’s health teams at the border crossings to detect suspected cases of monkeypox, pointing out to the preparation of a treatment protocol by the center’s scientific committee.

He stated that the center has taken proactive measures since the global spread of the virus by providing virus detection triggers for suspected cases, training medical teams, in addition to preparing the treatment protocol for the virus.

Al-Sayeh added that according to the agreement, the infected cases will now be isolated in the departments of communicable diseases in hospitals, and that the disease is not very widespread and is not expected to spread widely in the country, as was the case with ‘Covid 19.’

Among the countries neighbouring Libya, the Egyptian Ministry of Health announced last Tuesday that an Egyptian was diagnosed with monkeypox virus.

0 0
Previous : US ambassador calls on Libyan parties to work on “credible” roadmap for early elections
Next : Reporters Without Borders: Libyan journalists face threats from armed groups