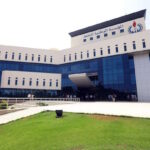 Date: Tuesday, March 8, 2022
52 Views
The Libyan National Oil Corporation (NOC) has announced that on Thursday the valves located in the Al-Riyayna area on the “Al-Sharara -Zawiya” line were opened, after being locked by outlaw groups, and the pumping was started at 1:00 a.m in the dawn.
The Al-Feel valve was not opened because of sabotage and removing some equipment from it, NOC said in a statement.
The blockaders caused damage to the valves, which led to the intervention of the maintenance teams of Akakus Oil Operation company, to repair and change the valve damaged parts and reopen it in accordance with technical and safety standards in particular, according to the statement.
Tags:al-ShararaLibyaNOCOil