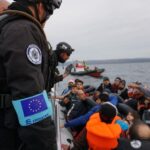 The EU’s border police, Frontex, is being sued for refusing to release documents detailing its working relations with the Libyan coast guard, EU Observer reported on Thursday.

The lawsuit was lodged at the EU General Court in Luxembourg in mid-April by the German sea rescue organisation Sea-Watch.

Sea-Watch says they witnessed the Libyan coast guard intercept a boat of 20 people, with the likely help of a Frontex drone, during an incident inside the Maltese rescue zone on 30 July last year.

The alleged pull-back suggests the EU agency is actively working with the Libyans inside Malta’s rescue zone, where they are then returned to a country rife with violent abuse.

It also suggests that they ignore nearby European flagged charity vessels in favour of the Libyans.

Along with pro-transparency group Fagdenstaat, Sea-Watch filed Frontex access to documents requests in the hopes of disclosing the agency’s involvement with the Libyans on the 30 July incident.