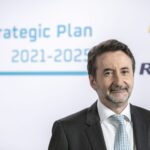 The force majeure at Libya’s 300,000 b/d El Sharara oil field has been lifted and production there is around 70,000 b/d, Argus Media reported on Thursday, citing Spanish integrated Repsol, which operates the field, as the source.

Libya’s state-owned National Oil Corporation (NOC), which partners Repsol in the Akakus consortium, has not yet replied to Argus’ request for a comment on the field’s status.

The force majeure was declared by NOC when protesters disrupted production at El Sharara and the 70,000 b/d El Feel field on 17 April.

Repsol operates El Sharara under a production sharing contract that entitles it to 10-13pc of the field’s output.