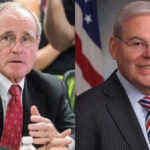 “We strongly support ongoing efforts by Libyan delegates in Geneva to establish a new constitutional framework for democratic elections in December. This presents a historic opportunity for Libyans to end the cycle of violence and chaos that has wracked their country for the last decade,” the statement pointed out.

“We urge the members of the Libyan Political Dialogue Forum to overcome their differences and agree to a plan for all Libyans to elect a permanent government that will prioritize their rights to live in peace, dignity, and equal opportunity,” it added.