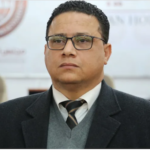 Spokesman of the Libyan House of Representatives (HoR) Abdulla Bleihiq said one of Monday session’s recommendations was to emphasize the Road Map Committee to set an inevitable deadline for holding the elections in accordance with the laws issued by HoR.

Bleihiq added that if the committee succeeds in its endeavors for the constitutional path, the elections will be in accordance with the permanent constitution, provided that the proposed constitutional committee is made of experts and not members of HoR and the High Council of State (HCS).

He stated that HoR would then refer it to the High National Elections Commission (HNEC) to hold a referendum in the event that the endeavors on the constitutional path succeed.

HoR Spokesman revealed that one of the recommendations of the session was also to provide a mechanism for selecting the prime minister on Tuesday and receive the required documents.

He stressed that after assigning the government, the HoR will take the necessary measures to ensure the assignment of the heads of the independent sovereign bodies of the House of Representatives, as well as their agents.

Bleihiq stated that the Public Prosecutor was stressed to assign the Public Prosecution office to quickly investigate what was mentioned about crimes that had occurred, including forgery, abuse of power, mediation, nepotism, and failure to protect public money.

He pointed out that whoever intends to run for prime minister must give up his candidacy for the presidential elections, and thus the session was suspended until Tuesday.