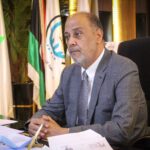 Fadlallah Issa Hatita, the CEO of the Arabian Gulf Oil Company (AGOCO), has said that the company is going through a critical financial situation, which could result in halt of oil production, according to a statement released on the company’s official Facebook page.

He explained that AGOCO has been working without having the 2020 and 2021 budget liquidized, which he said resulted in the  accumulation of debts; and caused the lack of equipment and spare parts required for production and maintenance.

“As a result of this critical financial situation, the company cannot continue to produce normally,” he said.

0 0
Previous : UNHCR: Over 6,300 migrants were deported from Libya since 2017
Next : CBL Governor and HSC Head seek to pay compensations to Turkish companies