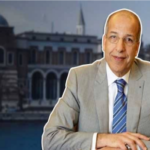 The Libyan Audit Bureau 2020 report said the Operations Department of the Tripoli-based Central Bank of Libya (CBL) retained during 2020 permissions to pay salaries, did not implement them, and did not take into account the hierarchy in their disbursement.

CBL used the rates of evaluating foreign currency income in Libyan Dinar (LYD) at prices contrary to the prices mentioned in the daily bulletin, and missed opportunities to generate revenues for the treasury and did not adhere to the provisions of the governance guide issued by it in terms of forming committees, the report explained.

The report included the failure of CBL to switch to the electronic clearing system, due to its inability to unify banking systems, and the failure to unify and monitor fees in exchange for the services of an electronic payment system, where each bank decided the fees on its own.

CBL refused to provide the Audit Bureau Committee with the necessary documents and data regarding its measures in combating money laundering by an official letter from CBL Central Financial Information Unit, the report confirmed.

CBL invested in 47 bonds in different currencies that do not have any credit rating according to the Bloomberg model, with large financial values, with a market value of 8.549 billion and a nominal value of 7.673 billion, transferring deposits worth 647 million euros to the British Arab Commercial Bank on their due date, and transferring 541 million dollars to the Federal Reserve Bank from the total value of liquidated deposits, the report said.

CBL invested in bonds with negative interest rates with a maturity of 8 years, including Irish bonds, which are due on May 15, 2029, it added.

The financial position of the Libyan Foreign Bank was affected by CBL’s withdrawal and breaking of a group of its deposits amounting to 2.43 billion dollars during the last quarter of 2020, the Audit Bureau report pointed out.