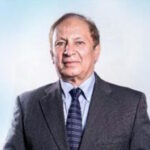 Member of the Libyan House of Representatives (HoR), Ali al-Tikbali, said terrorists roam between Tunisia, Libya and Algeria, exchanging information, weapons, and money. He accused the Libyan Government of National Unity (GNU) of “dealing with Islamists, ignoring the interests of the Libyans and creating problems with neighboring countries.”

Al-Tikbali, who represents Tripoli, said “there were ISIS elements training in Libya and that al-Watiya Airbase is under the Turks’ control,” stressing that “GNU Head, Abdul Hamid Dbeibeh, was involved in this because he said that al-Watiya is under the Libyan Defense Minister’s control, which he represents.”

“Al-Watiya is a Turkish base, in which the Libyans do not interfere and cannot approach for five kilometers,” the MP added.

“There was a landing of ISIS elements in Sabratha previously, and their number was 1,500, and they came from abroad,” Tikbali pointed out.

“There are more than 150 ISIS militants in the Libyan al-Watiya, who intend to enter Tunisia, and this is confirmed information for the Tunisian security services,” al-Shibani said. “I challenge the Libyan Interior Minister, who says al-Watiya base is under control, I challenge him to go beyond the perimeter of his ministry.”