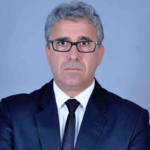 The Libyan government led by Fathi Bashagha affirmed its strong rejection of signing two memoranda of understanding on energy with Turkey by the Government of National Unity (GNU) led by Abdul Hamid Dbeibeh.

Bashagha government said in a statement Monday that it would begin direct consultations with “national, regional and international partners, to respond appropriately to these abuses that threaten security and peace in Libya in particular and the region in general.”

In its statement, the government pointed out: “The outgoing Government of National Unity must be reminded of the texts of the road map issued by the Libyan Political Dialogue Forum (LPDF) in December 2020.”

The statement stated that the tenth paragraph of Article VI of the map states: “The executive authority does not consider, during the preliminary stage, any new or previous agreements or decisions that harm the stability of the foreign relations of the Libyan state or impose long-term obligations on it.”

GNU and Turkey signed Monday in Tripoli two memorandum of understandings on hydrocarbons.

During his visit, Cavusoglu met with Libyan outgoing Prime Minister Abdul Hamid Dbeibeh at the government headquarters, where the signing ceremony took place.

According to sources of The Libya Update, Aoun claims that the Libyan outgoing premier made that move “to pass suspicious oil agreement with Turkey to exploit oil and gas in offshore area near Tobruk in eastern Libya.”