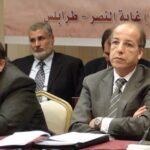 Deloitte, a multinational audit firm, has finalized its audit review of the eastern and western branches of the Central Bank of Libya (CBL). A report of the review, which addresses a number of financial issues, was submitted to the Libyan government on Wednesday.

The report covered the period from September 2014 to June 2020; and documented several violations, some of which amount to “economic crimes”, sources told Libya Update.

The report investigated the case of the damaged CBL funds in Benghazi, the credits issue, as well as the funding period of National Salvation Government in 2014 and the subsequent Government of National Accord.

The CBL eastern branch had sent more than 700 documents (5 GB in size), which were requested by Deloitte’s audit team. In general, the audit team reviewed thousands of documents, photos and videos concerning both branches during the reporting period.

According to sources of Libya Update, the report looked into issues related to the printing of currency by both branches, the closing of financial clearing, and the black market.

The report sets out a vision for how to correct and standardize the performance of the central bank, regardless of whoever governs it.

0 0
Previous : House speaker: All foreign troops in Libya must go
Next : Libya closes borders with Tunisia after spread of Delta variant