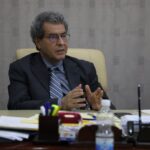 A gas pipeline connecting Libya to Greece is “useless”, according to the Ministry of Oil and Gas of the Libyan Government of National Unity, led by Prime Minister Abdul Hamid Dbeibeh.

The Libyan ministry issued the statement on its Facebook page in response to questions about an announcement made by the state-owned National Oil Corporation (NOC) that it is examining a project proposal of creating two gas pipelines to connect with Greece and the Egyptian city of Damietta. NOC chief Farhat Bengdara was the one to disclose the existence of such proposal during an interview with CNBC Arabia on November 1.

The ministry explained that the Mellitah-Sicily (Green Stream) gas pipeline was built and went into operation on 30 September 2004, and “since the entire European network is considered one network, which includes Greece, it is useless to create this pipeline”.

The ministry clarified that this memorandum was amended on June 12, 2008 and both provide for a preliminary engineering study for the creation of a gas liquefaction plant and the payment of a $ 500 million signing grant upon agreement on this project.

0 0
Previous : Presidential Council calls for “decentralization” during talks with German envoy
Next : PC President meets with French President in Paris