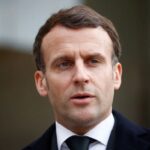 France proposes 6-month plan to get foreign fighters out of Libya, report

PARIS – France has proposed to a plan to remove foreign fighters out of Libya, according to a report by POLITICO.

The American publication reported on Wedensday that the three-stage plan lays out a six-month timeline to withdraw Turkish-backed Syrian mercenaries during the first phase, followed by Russian-backed mercenaries and Turkish troops. The final phase proposes to reunify Libya’s divided security forces.

The two-page proposal has been reportedly circulating for several weeks among diplomatic officials. French President Emmanuel Macron has put the idea directly to his counterparts in the U.S. and Turkey during the G7 summit on Saturday, POLITICO reports.

0 0
Previous : BREAKING | Director of the Egyptian General Intelligence arrives in Tripoli on an official visit
Next : Libya’s parliament speaker in Rome