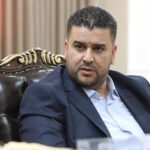 There is no clear intention of the Libyan Government of National Unity (GNU) to hold the elections on their scheduled date, Dec. 24 this year, said GNU Deputy Interior Minister, Faraj Aqeim.

“If we make sure that the elections will take place on time, we will suspend all our demands regarding marginalizing Cyrenaica region,” Aqeim stressed in press statements on Wednesday.

“We submitted a complaint to the President of the Presidential Council, Mohamed al-Menfi, and GNU Prime Minister, Abdul Hamid Dbeibeh, about the marginalization of Cyrenaica, after many services were disrupted there,” he added.

Aqeim confirmed that they, Cyrenaica officials, were awaiting a clear response in the media from the Prime Minister regarding their demands and complaints that they presented in their statement in Benghazi this week.

“I waited for more than 7 hours in front of Dbeibeh’s office, where I met him for a short time, and he did not respond to me regarding Cyrenaica’s demands,” The Deputy Interior Minister pointed out.

It is noteworthy that Deputy Prime Minister Hussein Al-Qatrani concluded on Sunday a meeting with Cyrenaica-based government officials, after which, a joint statement was issued accusing Prime Minister Abdul Hamid Dbeibeh of violating the Libyan political agreement and the Geneva ceasefire deal and marginalizing Cyrenaica.

The United Nations Support Mission in Libya (UNSMIL) said on Sunday it took note of the issues set out in the statement of Cyrenaica region officials that denounced Prime Minister Abdul Hamid Dbeibeh’s policies and called on GNU to address them without delay.

The Mission called on all parties in Libya to engage in direct and constructive dialogue to resolve all arising concerns and to continue to adhere to the Libyan Political Dialogue Forum (LPDF)’s Roadmap.