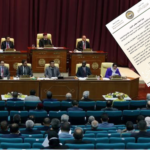 Eighteen members of the Libyan House of Representatives (HoR) has warned in a statement of movements by the Foreign Minister Najla Mangoush for postponing the presidential elections scheduled on Dec. 24 this year.

“We note the movements of the Minister of Foreign Affairs to many countries to mobilize support for an initiative called the “peace initiative” based on postponing the most important right awaited by all Libyans, which is the elections, and holding parliamentary elections only, which is an attempt to circumvent the people’s demand and their right to elect a president of state,” the representatives said in the statement.

“As we affirm our adherence to the implementation of the people’s will to hold direct presidential and parliamentary elections on their scheduled date, we consider that all movements and conferences that do not support holding the elections, as a pack shuffle and violation of the outcomes of Berlin and Geneva conferences, and an obstacle to completing the roadmap agreed upon nationally and internationally,” they added. 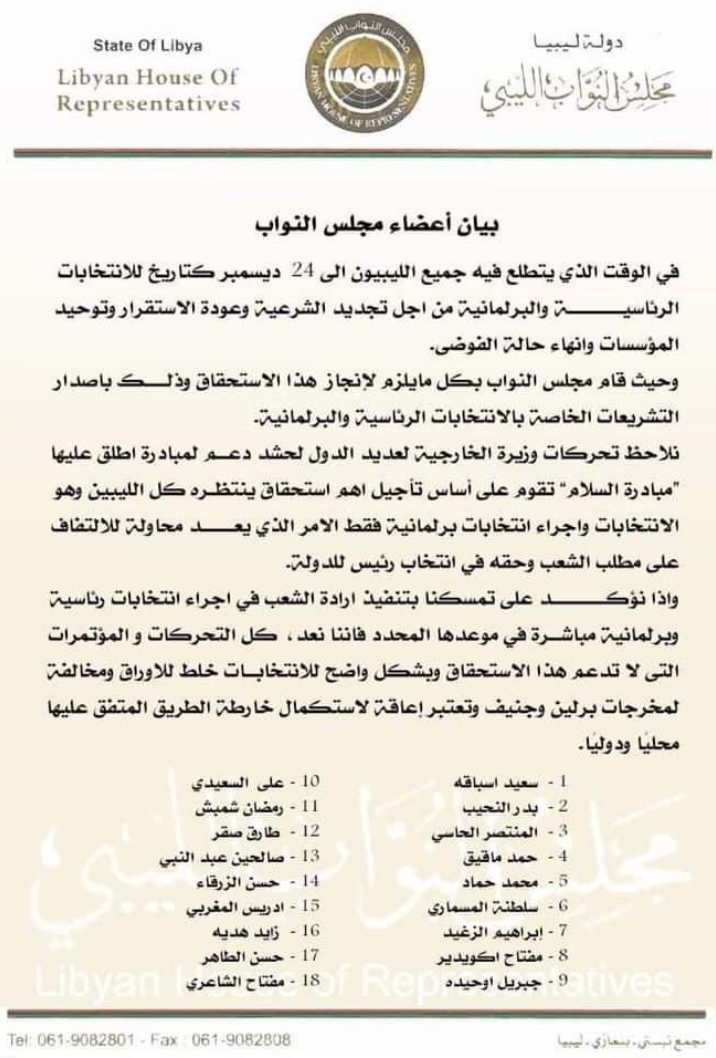 0 0
Previous : Dbeibeh allocates over $4 million for treating “wounded Libyans” in Italy
Next : GNU has no clear intention to hold elections on time, says Deputy Interior Minister