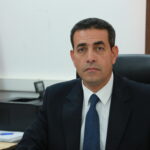 HNEC will not accept foreign money for December elections

The Government of National Unity allocated 43 million Libyan Dinars ($9 million) to support the High National Election Commission (HNEC) in its effort to prepare for the general elections on December 24, said HNEC chairman Imad al-Sayeh on Saturday.

This is in addition to 50 million Libyan Dinars ($11 million), which was provided to the HNEC by the former Government of National  Accord.

Speaking to US-funded Al-Hurra TV channel, al-Sayeh stressed that the HNEC “does not receive any funds from foreign bodies or countries, but rather technically cooperates with the U.N. Mission to benefit from the experiences of other countries.”

He said that the HNEC is committed to holding presidential and parliamentary elections as scheduled, but expressed concern that the delay in approving the constitutional basis for the elections poses a threat to the democratic process.